Bravo is revamping the format of culinary competition series Top Chef Masters for its third season set to open on April 6 at 11p. The show will feature 12 new chefs competing for the title of "Top Chef Master" and $100,000 for their charity of choice.

What is new for the third season is the chefs will no longer be judged on a scale but in elimination style challenges similar to the original Top Chef.

Chef Curtis Stone was recently announced as the new host of the series, working alongside returning judge and culinary expert, James Oseland and new series judge, food critic/author, Ruth Reichl. Several celebrity judges will also be featured during the season such as Christina Hendricks, Maroon 5 and Kelis among others.

After its premiere, Top Chef Masters will move to its regular time slot of 10p on April 13. 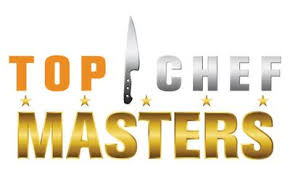 Posted by MissTheda at 9:37 AM